I just arrived today here in Singapore. And the first thoughts was : “Its really clean”, “It’s not that hot and sweaty as everybody said”, “They are pretty straight”.

After a while all theses Thoughts got a bit lost. Because Its not 100% like that. I became incredibly wet while I was waiting in a train station for Lie (the Friend I’m staying in Singapore). The Place I live is not that clean at all. But that isn’t a problem for me at all. Actually I like it here a lot. Its a big change for me, but the differences are not too big. The other countries I am planing to visit may differ a lot from Europe.

The other impressions I had this Day where about the nightlife. I got some Indian food with Lie and some friends of him. It was the most delicious Indian food I’ve ever eaten. After that we walked home and the street side changed from normal to red light pretty quick. By the way almost all streets are very bright. The stuff I’ve seen is hard to describe. So I don’t. I also did not make any pictures about that, but there are some other pictures you can enjoy. 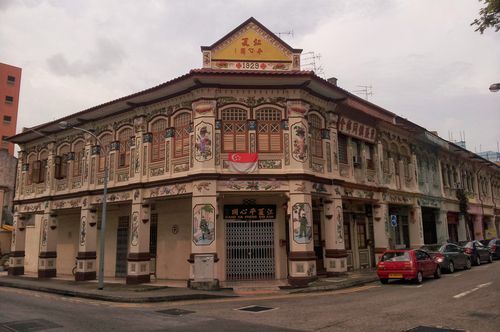