Its a while since I wrote about Malapascua. A lot of stuff happened.

Last week the had the election of the councilor in Malapascua. I think they had this election almost everywhere in the Philippines. In the night of the election I went with some other people to the elementary school where the new councilor gets his crown. Actually I don’t know what they did there, but we found him and danced around him like he’s a footballs star. The next night the councilor gave a party at the basketball place.

In the last week was also the day, I was away from home for the longest time. On that day I had to go to Bogo to get some moar cash. The trip was actually pretty funny, but I had to sit all the time in a bus. I had to go there because on Malapascua is no ATM at all, and the only place which gives you cash had no cash left. 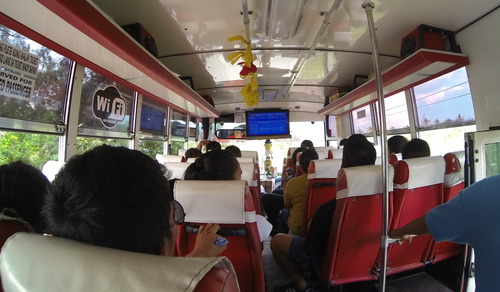 I also don’t wet so much any more, start to freeze at 18 degree Celsius, and lost a lot of weight. I don’t know how much but it must be around 5kg or so. Looking forward to lose more weight, to come home as handsome as I was 4 years a go. 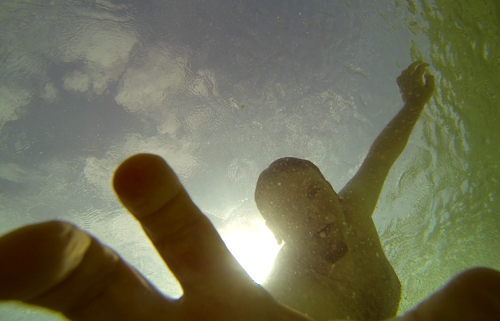 Of course I met a lot of other people here. Under them was a guy from London, is traveling for 10 years now. He does not come from rich, and told me how he escaped the rat race. He was really nice and had a lot of other stories about almost everything.

Another guy was from Canada, with whom I and my neighbor went for a snorkeling tour do Duko-Duko (don’t know it that is spelled correct). But I also heard a lot of people talking around me. Most of the people if seen here are incredible rich and stupid at the same time. Its sentences like “maybe I can make some extra money out of creating a diving case for the iPhone” which make me believe that. But maybe my view wrong. 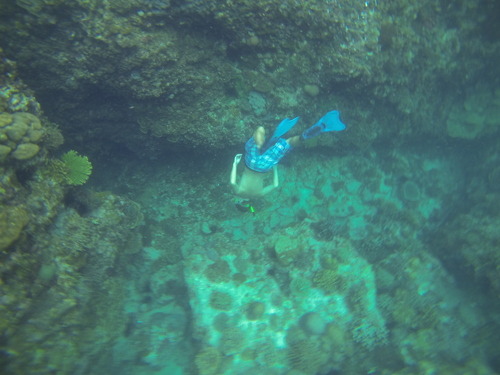 Anyway, now I’m in Cebu. I had to leave Malapascua because my cash is gone, and I don’t wanted to come back for just one day. So now I’m in a very Christian Hostel called YMCA. Listening to Bach and which you all a nice November where every you Are!