Bangkok is awesome. If you have the chance to come here do it! This city is completely crazy. What ever you heard or have seen about this city, its most likely true. The first things I’ve seen of that city was so impressive. I exit the train and was on the hight of the 9-th floor of a building. Looking down I could only see shadows. It looked like in the movie Bladerunner. I went down there and it looked even more like Bladerunner. Everything is a bit dirty but a lot of high tech. 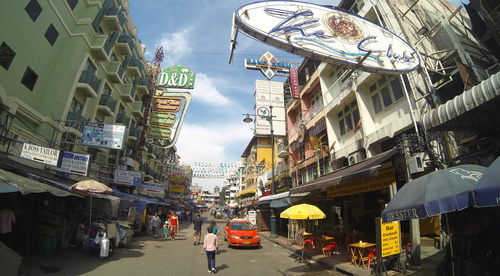 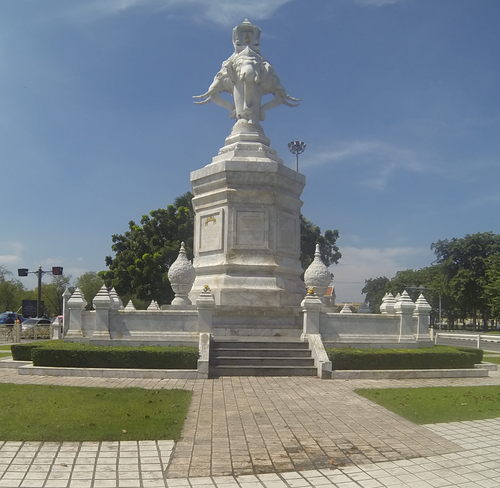 I went to the place people told me about called ‘Koh San Rd’. The Bladerunner impression just get stronger. The road was full of tourists everything was enlightened. Of course people start to talk me into some expensive hotels, but I searched for a nicer cheaper place. I found one for 190 Baht, which is around 5 €. Basically it was a bed. I went out and watched the street, end up in a bar drinking beer and watching pool billiard. Of course i met some German people there. Got new ideas and cool tips about that Thailand. I did that almost everyday. 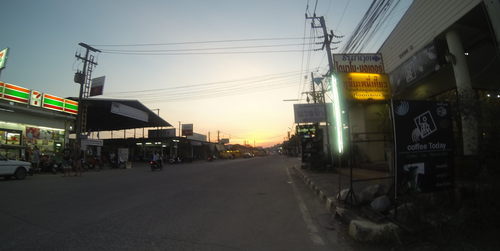 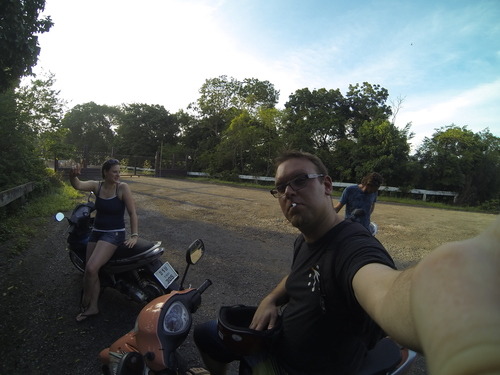 On the other day went to the MBK and watched a movie there. Its a very very large shopping center. The funny thing is that everybody sells exactly the same thing there. All computer stores have the same prices and the same stuff. The interesting thing about the movie was that I had to worship the King. Yes you read right, I had to worship the King. Thailand is a Kingdom, but they also have a democratic part, but the still has the ultimate power. As far as I know they like the king, he tries to take care about a lot of people. But the normal live is managed by there senate. Read the Wikipedia if you’re interested. 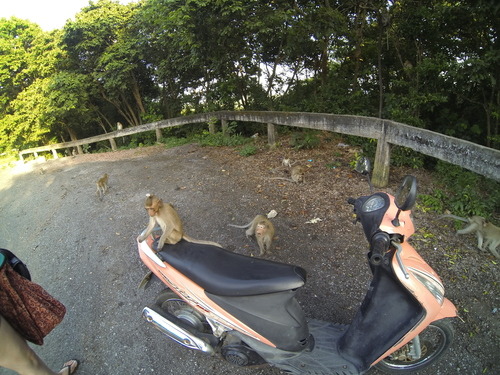 On Saturday I met a nice Girl form USA. I wanted to go to another place but I don’t really know where. She had a plan, and wanted to take me with here. So we went the next day to the bus station and drove 4 hours to Ban Phe. It went out as one of the best things that could happen to me. We wanted to take the ferry but they said that only a speed boat is available. That was to expensive for us, and she knows a place mentioned by her brother right next to the harbor which is cool. Her brother was so right. 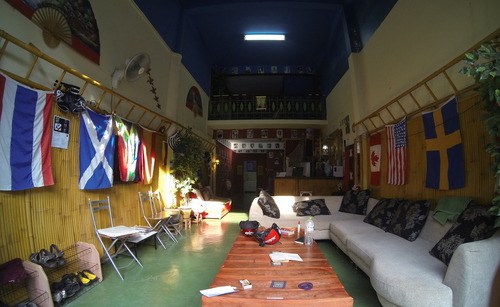 Yesterday we drove to the monkey temple with motor cycles. I’ve never ride one of that by my self, but it was really awesome. Also the Monkeys where really funny. This place is nice I’ll stay here for a while and see whats going on in Ban Phe.

The people who run this hostel are actually really great. To much to tell, you have to come to this place by your own :D.